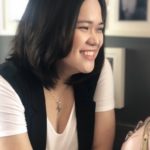 A Few Things that Lockdown has Taught Me

From Momsie’s Circle to Cup of Tyh – My Blog Makeover