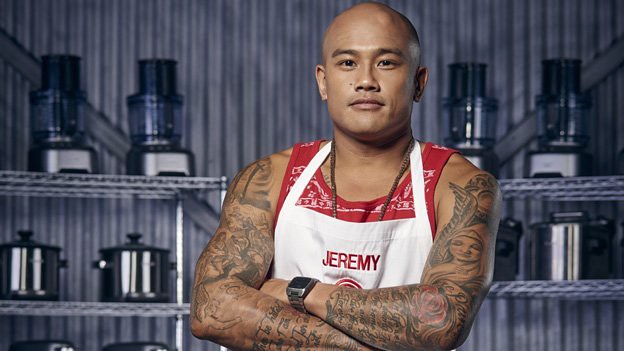 For 2016 I thought that there is no greater way to inspire my blog readers but to share inspiring stories, that’s why, I will try to often come up with inspiring stories of people I know, I worked with and even people I just met.

On February 14, the all-new season MasterChef Canada will be launched featuring a whole new batch of home cooks and one of these lucky home cook hopefuls who made it to the Top 40 is not just a Winnipeger but a fellow Filipino!  I am privileged to have a chance to get to know him interesting things about him and I am is very excited to share his story, this is indeed is one of those stories that I want to feature more in my blog — stories of #proudFilipinomoments.

Here are 10 things that you should know about Jeremy Senaris:

1. On his roots, he is a Canadian but is Filipino by heart.  Jeremy’s father and mother were from the province of Cavite (Philippines) and immigrated to Canada in the 1970’s. He has 2 siblings, his older sister named Jennifer and his younger brother, Jonathan.  Though, he was born and raised in Canada, Jeremy can understand Tagalog fluently and can speak a little bit of the language.

2. Who is Jeremy?  Jeremy is an outgoing person who’s always enjoyed sports. When he was still a kid he did martial arts and up to know he is still interested in learning about different types of martial arts.  He enjoys to play with his dogs and watch (lots of movies) during his free time.  He is a big foodie, he loves to cook and research about recipe and foods that he can integrate in his recipes and in recreating their family recipes.

3. Jeremy is a Residential Plan Examiner.  Jeremy took up Civil Engineering Technology at Red River College and graduated in 2010. He is currently working for the City of Winnipeg as a residential plan examiner wherein he is responsible for reviewing residential floor plans for to ensure that they meet the current building codes and meet the structure standards.

4. His mom serves as his big inspiration. His mom has always been his inspiration especially when it comes to cooking.  His fondest memories of his mother are those times that he spent with her in the kitchen when she prepares the food for their family. Unfortunately, Jeremy’s mom suffered from cancer and they lost her in 2008, since then Jeremy have been trying to recreate all of the amazing food that his mom used to cook for them.

5. His cooking history. Despite not having formal training in culinary, Jeremy takes pride in his cooking abilities. He has always loved cooking. Everything that he knows when it comes to cooking is from his mom, his sister or the things that he learned on his own. Growing up, he spent a lot of time with his mom in the kitchen, he spent hours mixing and wrapping spring rolls or holding the rolling pin to make dough and come out with the best tasting ensaymada. He has certain techniques that he uses and there are certain things that he loves to make, he cooks everyday at home, just like any other Filipino family, food brings them together and for every family gathering he makes sure that he prepares something special.

6. Jeremy’s specialty. For Jeremy, cooking is also a way for him to showcase his creativity. Since most of what he learned to cook is from his mom, he is expert in Filipino dish, but he considers his way of preparing and cooking his dish as modern style Filipino food, which has a twist of the traditional Filipino dish with North American (Canadian) influences. But other than Filipino dish, he also makes great-tasting sushi rolls.

7. His favorite Filipino dish. Trying to single out his favorite Filipino food is one of the hardest questions for Jeremy, that is because he loves all about it, there are too many Filipino dish that he likes so much, just like pancit palabok, pork barbeque, and bibingka. Since Filipino dish is his specialty he can cook any of them, he feels that his mom was able to teach him how to cook almost all the best Filipino food, palabok, sinigang, bibingka, adobo, bistek, adobong pusit, nilaga, kare-kare (with lots of bagoong), he can even bake ensaymada.

8. Special person/s that he never gets tired cooking for – Jeremy always looks forward to cook for his nieces, they love it whenever he makes sushi. He loves making them try different food. It brings so much joy to him whenever he gets his 7-year old and 5-year old nieces to like the food that he prepared.

9. Best cooking advise – There is no best way to share Jeremy’s advise but to quote Jeremy, “Everybody has to learn to cook. Why not make it something you enjoy? Make it about your roots. Add your own flair to it. Make everything from your heart.”

Watch Jeremy and other season 3 finalists, tune in to MasterChef Canada, Sunday, February 14th  at 7 p.m. ET/PT on CTV with an exclusive preview beginning February 8 at CTV.ca

Jeremy almost lost his life after their house went up in flames in January 28, 2015.  The fire was deemed accidental, but it took almost everything from the Senaris family including the “memories” that they built in the said house.  Jeremy’s cousin started a fund raising to help their family re-build their house,  please visit Senaris Family Home-Rebuilding to send your donations. 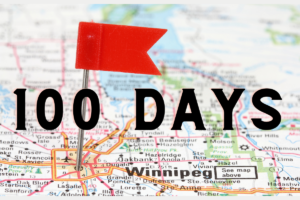 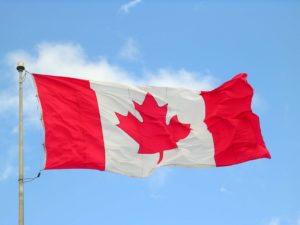 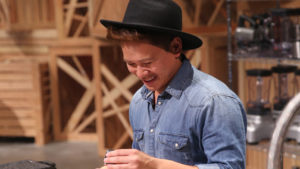 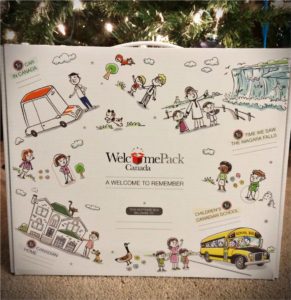 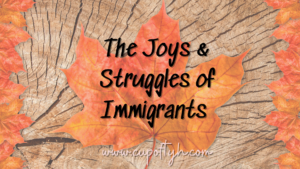 The Joys and Struggles of Immigrants (Series 2) 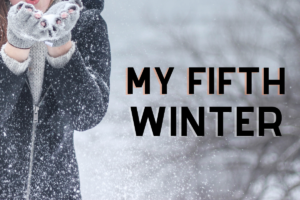 My 5th Winter in ‘Peg